My Problems with Heaven and Hell

Why Doesn’t God Heal Amputees?
Christianity and the Government 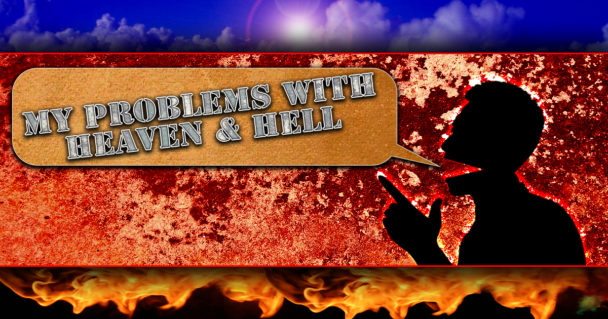 The synoptic gospels (Matthew, Mark, and Luke) agree that Jesus was crucified alongside two other criminals (see e.g. Mark 15:27). They disagree, however, on whether they both taunted Jesus.

Here is Mark 15:31-32
So also the chief priests with the scribes mocked him to one another, saying, “He saved others; he cannot save himself. Let the Christ, the King of Israel, come down now from the cross that we may see and believe.” Those who were crucified with him also reviled him. (ESV)

By contrast, this is

Luke 23:39-43
One of the criminals who were hanged railed at him, saying, “Are you not the Christ? Save yourself and us!” But the other rebuked him, saying, “Do you not fear God, since you are under the same sentence of condemnation? And we indeed justly, for we are receiving the due reward of our deeds; but this man has done nothing wrong.” And he said, “Jesus, remember me when you come into your kingdom.” And he said to him, “Truly, I say to you, today you will be with me in Paradise.” (ESV)

I listened to your show about aliens and demons. Are ouija boards and horoscopes really physical objects that can make demons show up in your life? That doesn’t make sense.

Read: My Problem with Christianity by Lucky Otter