A Scar in the Earth
A Thousand Crying Babies 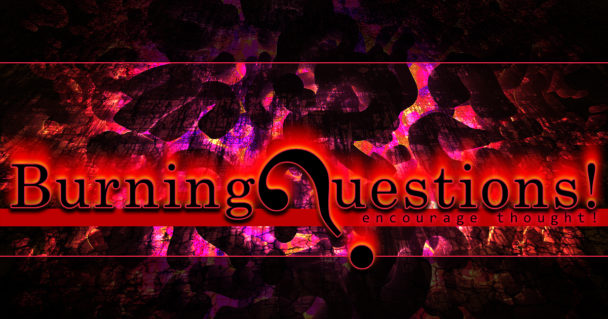 Challenge to come to Revolution Church
You CAN handle the truth!!
Would a miraculous claim such as Jesus’s resurrection require more evidence than would be required for a more “regular” claim?

I do find the cumulative case argument compelling and feel like I’m very close to accepting the cumulative case to theism as least. The main problem I find now is that I find it hard to just believe, no matter how hard I try, nor how compelling I find the evidence. It’s hard to describe, and ridiculous to me as I always thought that I’d follow the evidence wherever it lead. Have you ever come across anything like this before?

I consider myself a Christian, have been saved and baptized, but I don’t really think I should participate in communion, because to me, it’s a very Catholic thing and I don’t agree with a whole lot of communion practices. Is there a specific reason that I should participate?

I have been watching your podcast and in one with Hugh Ross you very insincerely (that is what I saw) misrepresented the use of statistics, which the average person (who just wants to agree with you anyway) would have been snowed by. He was throwing a bunch of number… out of his bum… and you were agreeing with him, likely for entertainment purposes, but in the end you stated that the world being fine tuned was more likely than someone winning power ball 160 times in a row without buying a ticket… which can’t work because you actually have to participate to win. However, giving you the benefit of the doubt I believe you were using hyperbole for entertainment purposes. But you can’t win anything if you don’t actually play.
That is bad math.