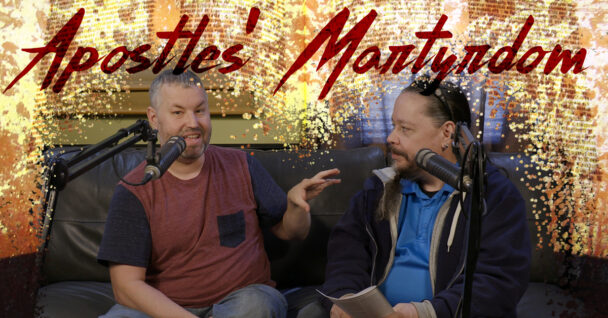 How many of the Apostles actually died for their faith?

Christians must be careful about the information they give out.

Christianity isn’t the only religion that has martyrs.

Nor is their willingness to die for their faith proof that Christianity is true, rather it is proof that they BELIEVED they’d seen the RISEN CHRIST

Christians weren’t persecuted everywhere, but they were persecuted in many different places.

What do extrabiblical texts say about these things?

Which apostles can we find solid evidence for their martyrdom?

There is evidence for the martyrdom of Peter

The Bible hints of Paul’s martyrdom, but the greatest evidence comes from extrabiblical texts

James’ (Son of Zebedee) martyrdom didn’t have a lot of support in texts, but it was deeply

READ Evidence that Demands a Verdict by Josh McDowell and Sean McDowell at Amazon.com

WATCH Truth Revolution: Can Christianity be Trusted? with Sean McDowell at TruthRevolution.tv