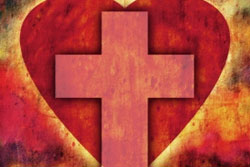 Does what you are feeling invalidate your belief?

Dave: Why do Christians think that a non-believer would be convinced by saying, “Jesus is alive in my heart!” or “I feel he is real!”

Jeff: That’s a good question, and I can certainly understand why that would be confusing.

Dave: It’s not really a logical argument for God’s existence.

Jeff: Not a traditional one, no. And it can’t really “prove” anything – but it should, at least, encourage people to take the belief seriously.

Dave: And why is that?

Jeff: Think of your best friend from childhood. What if you were telling a story about her and someone said, “I don’t think she’s real?”

Dave: Ah – your first reaction would really be, “Of course she is! I knew her!”

Jeff: Right, initially you don’t pull out documentation to support her existence. And even if no external evidence at all could be found for that child’s existence, your experiences would still drive your belief.

Dave: Of course, there’s plenty of evidence for God. But, just because a Christian speaks about their testimony doesn’t mean they disregard the evidence.

Jeff: So, trust the evidence, but don’t throw away the testimony