The Uniqueness of Jesus

Covenants
The Star of Bethlehem 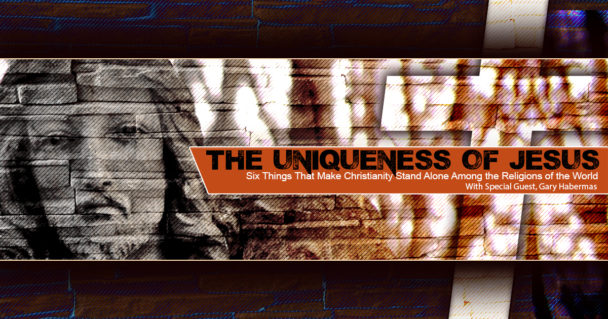 Comparison, truth and evidence in religion

Political Correctness among young people in society attempts to water down the message of Christianity.

The claim that one religion is right leads to accusations of narrow-mindedness and bigotry.

There is a bias that exists against Christianity in miracle research.

Jesus claimed to be God

The claim needs to be taken in context of the time and the people to whom it was made.

This was not a late addition to the Gospels.

Look at the early creeds.

Jesus claimed to be the only way to the Father.

When we make the same claim, we are quoting Jesus, the founder of Christianity.

The sacrifice of Jesus was done for our Salvation.

What other religious figure did the same?

The suffering of Jesus was REAL

Jesus’ suffering was not just physical, but spiritual, emotional and mental.

The BIGGEST part of the Salvation Story: Jesus’ bodily resurrection.

Who Did the Midianites Sell Joesph To?

Read: The Uniqueness of Jesus Christ Among the Major World Religions – by Gary Habermas

Buy: The Historical Jesus: Ancient Evidence for the Life of Christ – by Gary Habermas via Amazon.com