Through the Lens of Christ
Eight Reasons to Believe in God 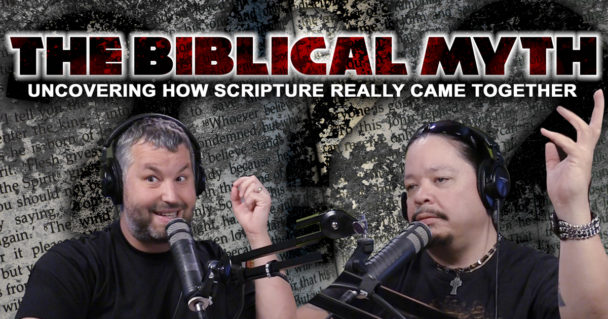 Biblical Critics think many wrong things about how Bible was put together.

There are misconceptions about how the Bible was put together.

False: The “Bible” is the Holy Book.
Fact: it is the books inside of the Bible.
“Bible” from Greek Biblia, meaning “books”

Larry A. Taylor (from the Secular Web)
“For unbelievers, the choice is arbitrary, almost accidental. As we shall see, the choice of the books [to be included in the Bible] largely depended not only whether a book concerned the things of God, but that it had to describe the right kind of God, and the right kind of Jesus.”
– We disagree
False: There were a lot of books that were “kicked out” of the Bible.
Fact: The books that are part of our Bible today were always considered words from God, from the time they were written and other books were not.

No other books were ever accepted as scripture (with only a couple fringe exceptions)!

Larry A. Taylor (from the Secular Web)
“Who, then, decided what books would be in our Bible? Back in the fourth century, some bishops took a vote on it. Rather, several church councils voted for conflicting lists, the contradictions of which took centuries more to resolve. These votes came after a long period of sorting and choosing by the churches at large, so that the choice was not haphazard; it was, however, arbitrary in many respects. Because of differences over the Apocrypha, there remains no agreement about which books are in the Christian Old Testament.”
– Not true
False: “Books were voted on in a council, and that’s how the Bible was formed.”
Books were not voted on in a council – at least not for the books in the Bible we use at Revolution Church.

So the question: HOW DID THE BIBLE GET PUT TOGETHER?

Who decided what was part of the Canon!?

In the earliest Christian centuries the “rule of faith” was basically “whatever the Apostles taught.”
Why? They were God’s mouthpieces.
GOD INPSPIRED THEM TO TALK!

What makes it scripture?

Any doctrine, writing, prophecy, etc… was compared to what the Apostles taught.

“So what about the books that got left out?” WRONG PERSPECTIVE!

The early Church discovered what was scripture, they did not decide.

Larry A. Taylor
He says this, tongue-in-cheek: “Usually, the works considered authoritative, prophetic, authentic and dynamic are the books that include doctrines and material with which you basically agree.”

This is wrong.
First: We agree because it’s scripture. Not other way around.
Second: It is Scripture because it is material the Apostles would agree with.

Things that do not make a book part of the Canon:
1. Antiquity
2. Authenticity
3. Religious Community
4. Its’ value
ETC

We do not give a book authority and then obey it.
The authority of the book comes because God established it; we discovered the authority.
We did not give it authority, we realized it had authority.

Then we included it in the canon because we discovered that – not decided it.