Eight Reasons to Believe in God

The Biblical Myth
The Problem of Evil 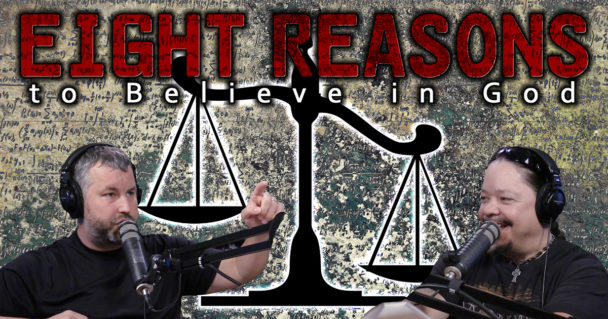 Why don’t we include the Apocrypha in the protestant bible?

What about the Gnostics Gospels?

Inconsistent with the Bible.

Look at our DNA

2: Design in the Universe itself.

Most planets have way too much Carbon Dioxide or not enough

What about the Computer Simulation model?