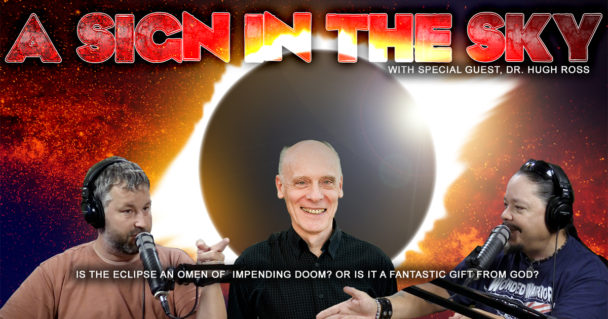 This will likely be the most watched eclipse in history.

There are two to seven total eclipses every year but many of them don’t cross large landmasses.

Albert Einstein brought us the theory of General Relativity in 1917 and predicted that the sun’s gravity would bend starlight.

Arthur Eddington observed the eclipse of 1918 and confirmed Einstein’s prediction.

Why did science believe that the Universe was infinitely large and infinitely old?

Einstein’s theory of General Relativity proves that the Universe has a size AND a beginning.

“For the scientist who has lived by his faith in the power of reason, the story ends like a bad dream. He has scaled the mountains of ignorance, he is about to conquer the highest peak; as he pulls himself over the final rock, he is greeted by a band of theologians who have been sitting there for centuries.”
― Robert Jastrow, God and the Astronomers

The Old Testament states all the fundamentals of Big Bang Cosmology thousands of years before the Big Bang Theory came about.

We are living at the one time in Earth / Moon history that allows for perfect solar eclipses.

Is this perfect eclipse a sign of the end times? NO! There are still many prophecies that still are yet to be fulfilled. Don’t pay attention to signs in the skies until those prophecies are done.