The Generation of Matthew 24 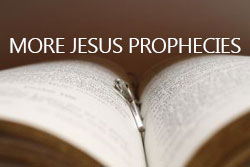 Jesus’ words in Matthew 24 have stirred a bit of controversy. Let’s try and briefly wade through it.

Dave: In the last Truth Shot we saw how the book of Revelation claimed that it would be fulfilled very close to the time it was written.

Jeff: But now, let’s look at Matthew 24 because most people think Jesus is speaking about the very end of the world in Matthew 24.

Dave: But listen carefullly to what Jesus says: “I tell you the truth, this generation will certainly not pass away until all these things have happened.” (Matthew 24:34)

Jeff: He says THIS GENERATION to the people living right then, with him.

Dave: Tim LaHaye, who wrote the Left Behind book series has said, “We believe ‘this generation’ refers to those alive in 1948.” …Or 1967… Or later.

Jeff: Seriously, that’s what he said.

Jeff: But, the phrase “this generation” is used by Jesus 15 times and it always applied it to the group of people alive during Jesus’ time. For some reason people want to treat this one different.

Dave: It’s interesting to note that the prophecies Jesus spoke about were fulfilled around 70AD – when that generation was alive.