The Creator and the Cosmos 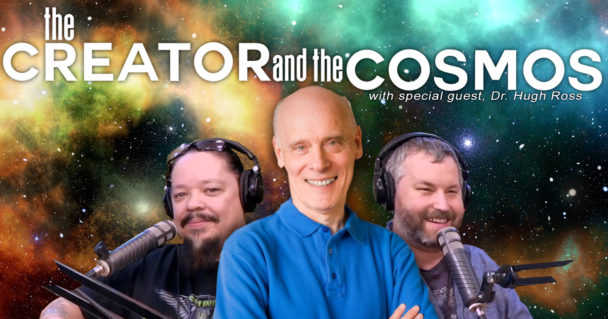 The Best Show in the Cosmos?

Truth Revolution is going to a monthly format?

Introducing Dr. Hugh Ross: Astronomer Hugh Ross is founder and president of Reasons to
Believe, an organization dedicated to integrating scientific fact and
biblical faith. His books include Why the Universe Is the Way It Is,
Hidden Treasures in the Book of Job. and Navigating Genesis.

Who was Steven Hawking?

God created the Universe from outside of time.

In a video published by Popular Science last Friday in which he was interviewed by popular astronomer Neil deGrasse Tyson, Hawking explained that he did not believe there was anything before the Big Bang, using a geographic analogy.

What is “deifying nature”?

When Hawking wrote “A Brief History of Time”, he promoted some deistic views.

Since then, his views have shifted from deistic to atheistic.

Hawking stated in “A Brief History of Time” that he wanted to gain the mind of God.

“Nothing was around before the big big bang.” – Steven Hawking

“According to Einstein’s general theory of relativity, space and time together form a space-time continuum…which is not flat but curved by the matter and energy in it” – Steven Hawking

Visit: Reasons to Believe
Buy: The Creator and the Cosmos by Hugh Ross via reasons.org and amazon.com
Read Hugh Ross’ Facebook post about Stephen Hawking