Christianity at the Crossroads
Why Do We Sin? 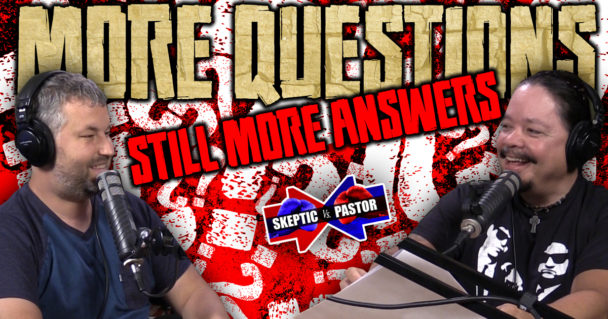 *This is part 2 of a disscussion about an article on ChurchAndState.org.uk: “Questions Christians Can’t Answer”

Would you sacrifice your beloved child if god asked you to?

Can God tell a lie if he wanted to?

The Bible declares in Genesis that all animals were plant eaters (herbivores) before the flood. Why do we find that dinosaur fossils show an abundance of carnivorous animals which contradicts the Bible?

If Noah’s flood really took place as described, and if the boat came to rest somewhere in the middle east (as described), how did animals like kangaroos and pandas get from there to other continents which have a huge expanse of ocean between?

If a dear friend believed that the earth was flat (a “flat-earther“) by claiming that all pictures and videos which show a sphere shaped planet are man-made lies, would you be able to convince them that the earth is a globe?

Similarly, is there any amount of evidence that would change your view about the validity of the Bible?