Rewind: The Conflict Over Creation 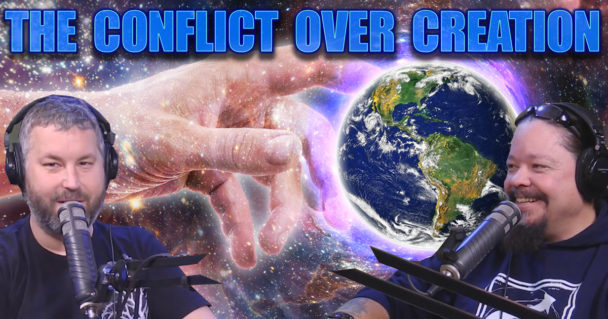 Is the Design Argument a poor argument?

Romans 1:20 God’s existence is obvious when looking at nature.

According to Reasons to Believe, there are over 400 things needed for complex life on Earth. That’s complex AND specific!

Looking at the article “Problems with Design Arguments” by Luke Muehlhauser at CommonSenseAtheism.com

He says:
The Design Argument is probably the most popular argument for the existence of God. Even a nonreligious person may look at the world, so complex and beautiful, and decide it must have been created by somebody very smart and powerful. Voltaire and Thomas Jefferson thought religions were absurd, but even they thought there must have been some kind of Creator.

This thought goes all the way back to Plato.

The Teleological Argument doesn’t prove the Christian God exists, but we DON’T claim that.

what are Emergent Systems?

But Emergent Systems are simply complex. What about specificity?

The complexity of God implies that God must have been designed?? Not true.

Everything that has been designed has a beginning. But God never had a beginning. He is eternal and uncreated.

via 1001biblecontradictions.com
Bear one another’s’ burdens / Bear your own burdens
Galatians 6:2 vs Galalatians 6:5

Problems with Design Arguments by Luke Muehlhauser at CommonSenseAtheism.com