The Creator and the Cosmos
History’s Greatest FEAT 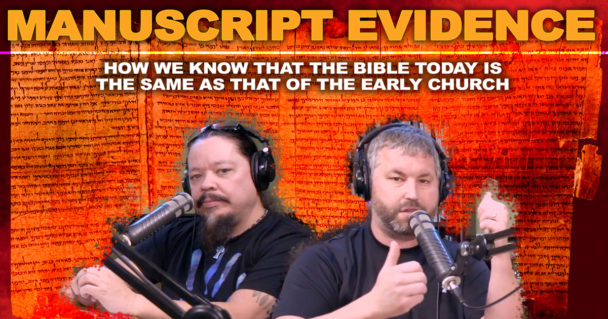 When looking at the validity of current texts that are copies of an ancient one, it is important to look at the number of early extant manuscripts. It is extremely rare that the original ancient manuscript is available for comparison, so the time gap between an available manuscript and the original becomes important.

Extant Manuscripts of the New Testament

Much has been made of the invalidity of the Bible due to the absence of the original manuscripts. But, when making a comparison with other ancient documents, which are accepted as valid copies of the original, the Bible blows them away (available copies versus the originals):

Even in the absence of manuscripts, the Bible stands out. Many of the Church Fathers used scripture in their writings, adding even more weight to the idea that the manuscripts we DO have are excellent copies of the original.

Scholars on both sides of the fence have moved to the view that the entire New Testament was written prior to 70 AD when Jerusalem was destroyed. (Liberal scholar John A. T. Robinson’s book Redating the New Testament. Conservative scholar Kenneth Gentry&#39;s book Before Jesusalem Fell).

One of the reasons for their argument for the early date of the New Testament is because there is no mention in the past tense of the destruction of Jerusalem and the temple anywhere in the New Testament, and there is consistent mention of it still standing (even in the book of Revelation).