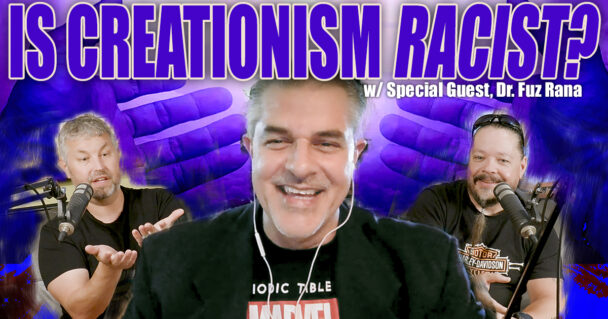 Is denying evolution a form of White Supremacy?

Is this an attempt to cancel Creationists?

Microevolution and speciation are well evidenced details of evolution.

Evolution cannot explain the origin of cells on the Earth.

Why does the line separating evolution and creationism fall along theistic lines?

Many Creationist viewpoints point to the idea that life began in Africa.

The elephant in the room: some evangelical churches in our history promoted slavery and racist views.

However, many Christians were abolitionist and pushed to outlaw salavery.

Many of the prime movers of the abolition movement were Christians.

The KKK claimed to be Christian, but claimed evolution as the foundation of their beliefs.

There is a disturbing trend in society today of people making broad assumptions of a person because of how they look.

In essence more racism has come out of Darwinist views.

There are consequences to what we believe.. but the ultimate question is WHAT IS TRUTH?

We want to know the truth, not just a twisted fact that tear others down.

We all are the same underneath our skin

The differences among us all biologically is superficial

Get to know Dr. Fuz Rana

Article: Denial of Evolution is a Form of White Supremacy by Allison Hopper

READ: Thinking about Evolution by Fuz Rana – available at Amazon

READ: Who is Adam? by Fuz Rana – available at Amazon