Christmas Faces
The Machines Within Us 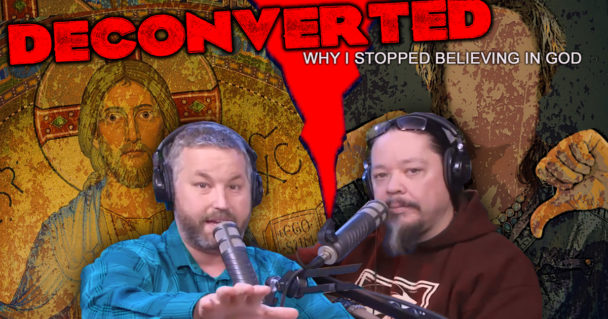 An Atheist converted from being a dedicated Christian. His story ‘Why I Stopped Believing in God’ can be found at SouthernSkeptic.com

After reading a list of powerful books, to name a few:

The author of the article was overwhelmed by all the philosophical and historical evidence for God and the Bible. How could anyone be an atheist?

In the attempt to learn how to prove Christianity true, the author decided to study from the mindset of an Atheist:

My plan was to pretend I’d never heard of Christianity, be as objective as possible, and investigate the Christian religion with an open mind. As a Christian, I already “knew” I would come to the conclusion that Christianity is true, but I wanted to do it anyway so I could walk atheists through the process and show them my line of
reasoning.

I never expected to find out that Christianity isn’t true.

Was this person corrupted by reading Atheist literature? He says no.

Throughout my entire deconversion process, I read nothing but the Bible and Christian books. In fact, I didn’t read any atheist books until years later. Which means I deconverted completely on my own.

All I did was imagine the atheist perspective and I came up with all sorts of questions I’d never thought of before:

Then there is the question of Faith.

One day my pastor said something I’ll never forget: “You have to have faith.” I know, it seems pretty obvious, right? All Christians ever talk about is faith. But what I realized is that faith is all they have.

“You just have to believe and trust God,” my pastor said. “Someday he’ll give you all the answers, but for now you have to have faith.”

Suddenly my plan to lead atheists to God using evidence was ruined. Why?

Because there is no evidence.

From the article Why I Stopped Believing In God by Matt at SouthernSkeptic.com