The Star of Bethlehem
Can the New Testament be Trusted? 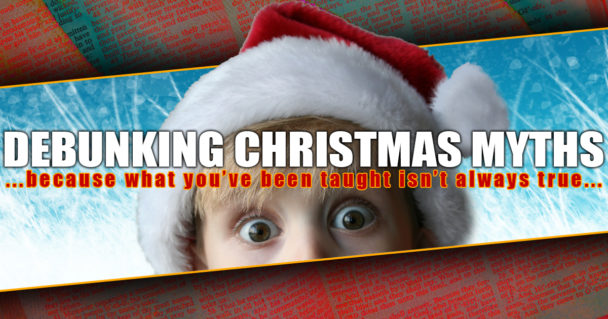 – Myth #1: We are taught that Mary and Joseph arrived at an Inn, but it was full, so they had to stay in a stable.

– Myth #3: Mary and Joseph arrived at Bethlehem late at night.

– Myth #4: The Innkeeper had no alternative but to put Mary and Joseph in ta stable at night.

– Myth #5: Mary gave birth to Jesus the night they arrived.

– Myth #6: Mary was alone in the stable when Jesus was born

Let’s not treat the Bible like it means something different for each of us.

God is communicating with us, so we should not be asking “what does this mean for me?”.

Was Mary really prophesied as a virgin?
Isaiah 7:14 and Matthew 1:23
Was there a misinterpretation here?