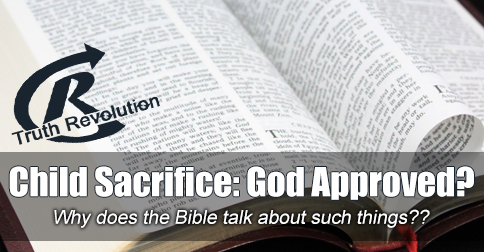 The Bible isn’t difficult to understand. We just need the right tools.

Dave: In Judges 11:29-40 Jephthah sacrifices his daughter to God.

Dave: What’s going on? Did God approve of this murderous sacrifice?

Jeff: Using the “D” in our CRACKED acronym we can figure this out.

Dave: The “D” stands for DIALECT – what type of language is being used, what’s the genre of writing?

Jeff: Clearly this is not an action approved by God. The DIALECT or the GENRE here, is only an historical narrative.

Jeff: This historical narrative is showing why the Israelites have a certain holiday. In fact, God has forbidden child sacrifice elsewhere.

Dave: Common sense tells us that child sacrifice is abhorrent behavior, and we should give some credibility to the author here – he isn’t approving of it, just recording it.

Jeff: It would be pretty scary to think how someone would view us if they thought everything in our history book was something we liked.