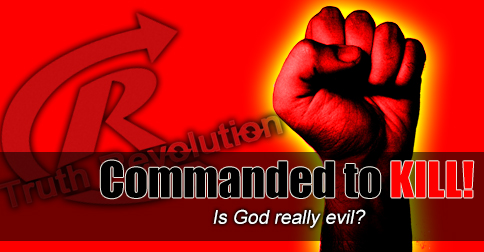 Is there ever a case where killing ISN’T morally wrong?

Dave: Why did God allow the Canaanites to be destroyed?

Jeff: We’ve given two answers already, and here’s a third. A different approach.

Jeff: We hear about someone dying and it’s the worst possible thing, in our minds.

Jeff: Don’t get us wrong, we’re pacifists. We’re not going to kill anyone because Jesus told us to love our enemies.

Dave: But, that doesn’t mean God doesn’t have the right to kill. It’s possible, that our culture fears death too much.

Jeff: If God, as the creator, as GOD, the judge and jury, determines that someone should die, it makes perfect sense to say, “That was a good – a morally good – decision.”

Dave: Doesn’t mean it wasn’t painful, but maybe we fail to see the moral goodness because we’re so concerned about the prospect of death.

Jeff: Death isn’t the worst thing that could happen. God, failing to act as God, is.

← Commanded to Kill pt2
A Shadow of Doubt →