The Uniqueness of Jesus 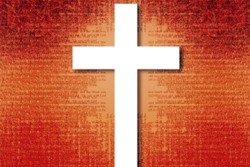 Is Jesus unique? What about claims to the contrary?

[audio:http://www.truthrevolution.tv/show/TS-0233.mp3]
No Flash Support? Use this Audio Player!

Jeff: Oh no!!! Has evidence finally been discovered that shows Jesus was just one myth among many?

Dave: That’s what they say. Mithras was an ancient messiah who had 12 disciples just like Jesus.

Dave: He was buried & raised from the dead 3 days later. He was also called the good shepherd, like Jesus. And, Mithras followers celebrated on Sunday!

Jeff: First of all, most of what you’re hearing is blatantly false. Jesus had 12 disciples, but no writings indicate Mithras did.

Dave: The only things even close is that on some pictures MIthras is surrounded by twelve items including the sun and moon.

Jeff: Furthermore, Mithras wasn’t called the Good Shepherd! Nor was Sunday his day until after Christianity was established! It would’ve borrowed from Christianity.

Jeff: As far as rising from the dead…

Dave: The records don’t actually show that either.

Jeff: Some mentions of resurrection only occur after Christianity is established.

Dave: When you hear stories like this, look up the actual source. It’s usual very different than what the bloggers say.

An excellent source on this is J.Warner Wallace’s article, here: Is Jesus Simply a Retelling of the Mithras Mythology?

← The Tribulation… Past?
Einstein’s Anger →