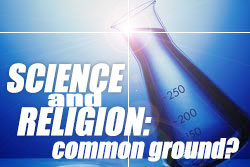 Do you get distracted from God’s purpose? Perhaps it’s time for a change of plans!

[audio:http://www.truthrevolution.tv/show/TS-0209.mp3]
No Flash Support? Use this Audio Player!

Dave: Do Science and Religion conflict?

Jeff: Isaac Newton, the famous scientist was also… a theologian!

Dave: That’s right, he STRONGLY believed in God and actually wrote more about God than he did about science.

Jeff: Wait, did you say Isaac Newton wrote more on God than he did on science?

Jeff: Although he is known primarily as a scientist, we shouldn’t miss that. And he isn’t alone Kepler, Galileo, Copernicus – all of these scientists believed in God.

Dave: In fact, belief in God drove many scientists to search for scientific truth.

Dave: But that view in contrasted by the fact that many of the greatest scientific minds have seen our planet as a special place, that God created and takes note of.

Jeff: Their belief in God led them to believe that there must be order in the Universe; the mind that created did so with organization and methods.

← God and Our Distractions
Common Ground? or Down on Science? →