Manuscript Evidence
A Good God in a Bad World 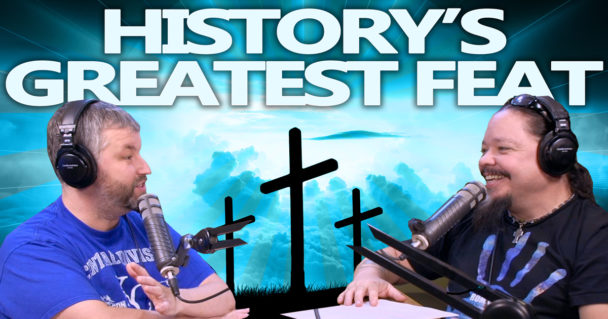 Did Jesus really die on the cross?
Jesus suffered from hematidrosis is a medical condition causing the excretion of blood into sweat which also makes your skin extremely fragile.

What did they do to Jesus?

The books of the Bible would not have included females as discoverers of the tomb unless it really happened.

The Roman Government and Jewish Authorities all agreed that the tomb of Jesus was empty.

Satyricon
“…he was in terror of punishment and explained to the lady what had taken place: He would await no sentence of court-martial, but would punish his neglect of duty with his own sword!”

Roman Soldiers would not fall asleep or neglect their duty.

Jesus appeared to, at minimum, 500 people, on 12 different occasions spread over a 40-day period of time.

The first consensus was: JESUS IS DEAD AND NOT WORTHY OF PRAISE!

THOMAS
Thomas was once a strong follower, but after Jesus’ death he was a skeptic.

John 20:25-29 Thomas transformed from a skeptic into a martyr because he believed he saw the risen Jesus.

PETER
Mark 14:71 Peter changed from a bold disciple, to a bold denier of Jesus.

Peter was even scared for his life and hiding.

“But if you are near Italy, you have Rome, where authority is at hand for us too. What a happy church that is, on which the apostles poured out their whole doctrine with their blood; where Peter had a passion like that of the Lord, where Paul was crowned with the death of John [the Baptist, by being beheaded]”

Tertullian claims Peter was crucified. Church history, and writings from the 2 nd century AD has Peter being crucified upside-down because he felt unworthy to be crucified in the same manner as Jesus.

Peter transformed from a scared denier, into a bold preacher willing to die because of his belief in Jesus.

Even James, the brother of Jesus, changed from a person who thought Jesus was insane to someone who would give up his life because he saw Jesus risen and believed.

Paul changed into one of the most powerful missionaries for Christianity.

Eusebius of Caesarea, an early historian wrote that Paul was beheaded during the reign of Roman Emperor Nero. He was beheaded because he would recant his belief in Jesus.

Paul gave up his life, because he believed he had seen Jesus risen from the dead.

Nobody dies for what they know to be a lie.

Have people died for something that wasn’t true? Yes of course. But note: they believe it was true.

People have died for communism, Islam, Buddhism, etc. But none of those people giving up their lives for those things are dying because of a disputable fact. They believe in a system, or a religion.

REJECTION OF RELIGIOUS HISTORY AND SOCIAL NORMS
Every Jew sacrificed animals. But when Jesus died, those who believed stopped sacrificing animals because they believed Jesus’ death covered their sins.

via 1001 Bible Contradictions
Is God or Jesus the gateway to heaven?