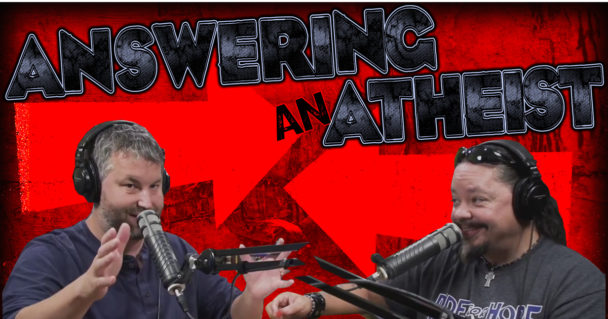 Intro to Open Letter to Christians

Question: How can Christians believe this stuff?

Answer: If God is real, then any of these things are totally possible. These things are not ridiculous unless you have a worldview that won’t accept these things as a possibility. Materialists will obviously have a problem with this, but we already know that immaterial things exist (thoughts and numbers).

Question: What kind of God needs this kind of elaborate scheme to “save” humanity?

Answer: it was God’s design. He wanted a way to demonstrate His love and that was to show us that He is willing to shed His own blood for humanity. What demonstration of God’s justice and love is satisfactory? In fact, in the atheistic world-view, nothing would be satisfactory. It’s simply a rejection ‘au priori’

Question: Do you really believe God sent his Holy Spirit to impregnate a virgin, wait 33 years and then allow his only “begotten” son (whatever that means) to be tortured and die for three days so that He could resurrect him…

Answer: If God doesn’t exist, then this is all just crazy talk… but God is real, then why not? It’s God’s way of showing justice and love at the same time.

Question: [How can God] demand through the words of flawed humans over the course of 66 poorly written books that people worship him or be tortured for all eternity?

Question: Think about it for a minute. If I told you that story you would laugh and send me to a mental institute.

Answer: Yes, the story is pretty crazy… but if it was a lie, why would the Apostles die as martyrs for their beliefs. Nobody would die for something they KNOW to be a lie. The Apostles actually BELIEVED that they had seen the risen Christ. There were many many people willing to die for this claim.

Question: Look, I get that our culture reinforces your belief and that you were taught this stuff all your life from before you could walk and talk, but you were also taught about Santa Claus and now we can all admit that is just a make-believe story. I mean flying reindeer, right? Only a five-year- old would buy that — but a virgin woman popping out the son of God? Totally legit.

Answer: You no longer believe in Santa Claus because your parents told you they were lying. The people that claimed to see Jesus resurrected never recanted, even when faced with death. Would your parents be willing to die for the lie of Santa Clause? No… but these people gave up their cultural traditions and and their sacrificial system because Jesus was the sacrifice to end sacrifices.

When you use the CRACKED (bull) acronym, half of it is you just telling people what to believe and to believe that what you are saying is true… How do you possibly interpret a writers intention, when most of it was not written by that person, and there are rarely other texts to back them up?