The Roots of Mercy 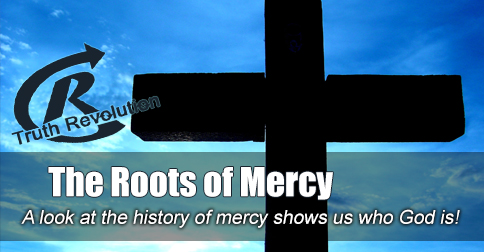 Mercy is a concept that unfolded long before the New Testament. This is how we know that God is unchanging!

Dave: Is there grace in the Old Testament? Or is it something new, in the New Testament, after Jesus?

Jeff: In our last Truth Shot we explained the Salvation History concept. Mercy is absolutely in the Old Testament… it’s ALL OVER.

Dave: Listen to the Apostle Paul, writing in the New Tesatment. He explains that mercy is not a new idea:

Jeff: Romans 4:1-3 says, “What then shall we say that Abraham, our forefather according to the flesh, discovered in this matter? If, in fact, Abraham was justified by works, he had something to boast about—but not before God.”

Dave: It continues, “What does Scripture say? ‘Abraham believed God, and it was credited to him as righteousness.'”

Jeff: The point? Abraham – the great forefather of Israel was not saved by OBEYING any rules.

Dave: He was saved by… believing God. And God just had mercy, and said, “I’m going to consider you a righteous person – even though you aren’t really.”

Jeff: That is exactly what mercy is.

Dave: It started even before the nation of Israel was formed.

← God’s Grace in the Old Testament
An Absent God? →