A Prophecy of Darkness 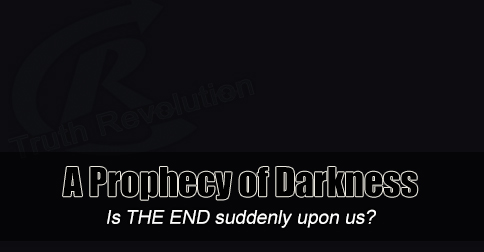 Is the end upon us?

Dave: What is the 3 Days of Darkness prophecy?

Dave: Anna Maria Taigi was a seer who prophesied in 1863, and said all kinds of frightening things. The sky will go black for days, almost everyone will die unless they are God’s people who stay inside.

Jeff: Even if you open your window out of curiosity during this time… DEAD!

Dave: Fortunately, we don’t have to worry about that. We aren’t Catholic, but this isn’t even endorsed by the Holy See.

Jeff: Plus, this is not a biblical thing, they are not exegeting Scripture. It’s not anti-Scripture, but it’s certainly not from Scripture.

Dave: And, in fact, there is no scientific, or biblical, evidence to suggest that this will be the case.

Jeff: And stop posting that thing about NASA. NASA did not find 3 days of darkness coming, and actually one of their senior scientists (David Morrison) blogged against the idea, calling it “a really dumb lie.”