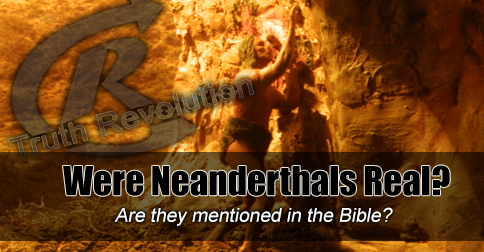 Does the Bible mention Neanderthals?

Dave: What on Earth were Neanderthals? Are they in the Bible? Are they human?

Jeff: Well, Human beings – homo sapiens – are a different species than Neanderthals. But when we arrived on the scene, they were already here…

Dave: But were they mentioned in the Bible?

Jeff: Well, it doesn’t matter if Neanderthals were in the Bible or not – they’re not the point of the Bible.

Dave: Makes sense – what’s important to know is that Neanderthals lived the same time as Adam and Eve

Jeff: Exactly – and that they were real –

Dave: That’s fascinating. But… why did God make them?

Jeff: We don’t know for sure… my theory: Comes from Deut 7:22 speaks about how wild animals could take over an area if there were not humans present, so perhaps, God utilized early hominids like Neanderthals to control plant and animal populations until Adam and Eve were removed from the Garden.

Dave: Great theory and a great lesson on the reality of early hominids.

Jeff: Exactly. They were real… Don’t let anyone tell you they were fake.