Did Jesus Really Have to Die? 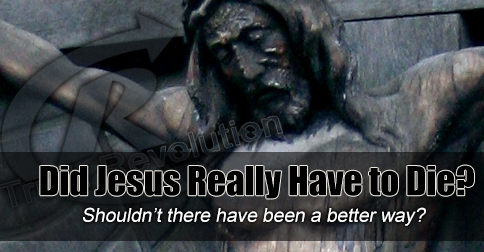 Could there have been a better way to handle salvation?

Dave: GotAtheism.com asked why Jesus had to die. They said, “Wouldn’t it have been much more efficient just to write some big message in fiery letters in the sky that everyone could see: ‘I forgive you. Now stop screwing around.'”

Jeff: Yeah, I’m not sure efficiency is God’s main goal. So, the premise is flawed.

Dave: But, even if that were God’s goal – he tried it.

Jeff: He tried fire in the sky?

Dave: While the Israelites wandered in the desert they literally had a real fire above them burning during the days to prove that God was with them.

Dave: And what could get people’s attention better than fire in the sky? Maybe someone – like God incarnate – coming to his people, then rising from the dead?

Jeff: That would gather a lot of attention – and, it seems to have worked. The vast majority of people in the world know the name Jesus.

Dave: So even if efficiency was God’s goal, which it’s not, he did it in probably the best way possible.

← If Only!
Will Heaven be Enjoyable? →