The Gospels: Too Late? 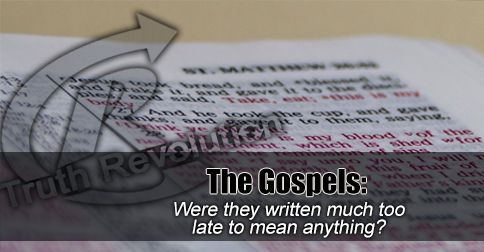 Why did it take so long to get the Gospels written?

Dave: A listener asked why the gospels were written so many years – maybe 30 years – after Jesus’ crucifixion.

Jeff: That’s kind of implying 30 years is way too long. But is that number even right?

Jeff: Paul, in 1st Corinthians, quotes an attestation written a couple years – or even months – after the crucifixion.

Dave: Richard Bauckham says Mark’s account of the crucifixion was written no later than the 40s! Jesus died around 30! That’s only 10 years.

Jeff: But let’s just say, for argument, everything was written 30 years after the crucifixion…

Jeff: The author, Luke, was a research scientist- he did interviews, investigations – much more like a history book that was written by interviewing eyewitnesses.

Dave: But, as to the question WHY 30 years later? The eyewitnesses who wrote Gospels were missionaries –

Jeff: They, primarily, traveled spreading the news by word of mouth, and THAT HISTORY is documented in the book of Acts.