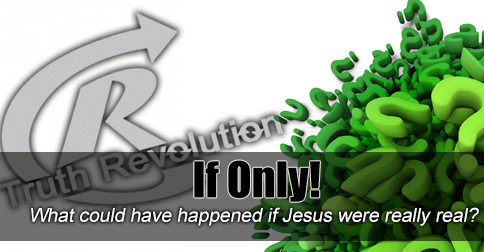 There are lots of things that could have happened in the life of Jesus… if only it were written down somewhere!

Dave: GotAtheism.com thought about Jesus’ miracles and asked an interesting question: “Imagine if there really WAS such a person, someone who claimed to be the son of God, and who had all sorts of seemingly magical powers. Why is it that no one took much notice?”

Jeff: Yeah, why didn’t anyone notice?

Dave: Surely, he would’ve collected some followers. Like, maybe 12 close followers and hundreds of disciples.

Jeff: Ya, I mean, you’d think if it was true there would’ve been crowds of thousands coming to hear him speak.

Jeff: Probably, maybe they would’ve even tried to get him arrested.

Dave: And killed! Like, if the story was true… IF… governments would’ve even taken notice.

Jeff: And, crazy, but they might have even tried to put him in prison or execute him.

Dave: Yep… only if it was true though. I mean, if Jesus really did miracles, don’t you think that stuff would’ve happened?

NOTE: All that stuff DID ACTUALLY HAPPEN!

← Knowing Evil
Did Jesus Really Have to Die? →