Is there Evidence of Heaven? 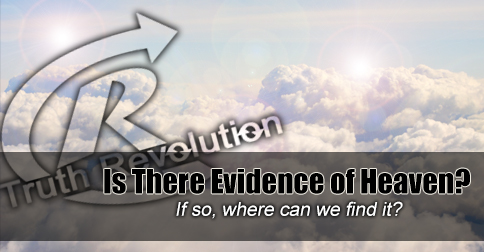 Is there real evidence of heaven or the afterlife?

Dave: An atheistic website has said, “Simply talk to Christians about heaven..You
will be able to feel the absurdity of this notion ”

Jeff: For many, the concept of a blissful afterlife seems…

Dave: Fanciful. They call it imaginary. But is there any evidence Heaven is real?

Jeff: Yeah, but the best evidence doesn’t come from popular books about kids
who died and came back.

Dave: So what is the evidence?

Jeff: Jesus Christ. He died (literally), and three days later (not a few hours) but
DAYS later, he left an empty tomb behind and appeared to his followers.

Dave: There is plenty of evidence to his resurrection.

Jeff: Right, and think about this: he actually died and returned so he knows what
the other side is like. And what did he teach about Heaven and Hell?

Dave: He taught they were real places.

Jeff: And that’s the most important piece of evidence for the reality of Heaven.

← The Possibility of Miracles
Investigating History: The Tower of Babel →