Investigating History: The Tower of Babel 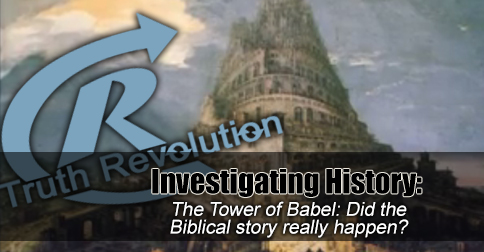 Was the Tower of Babel a real event in Human History? Or is it just a Bible Myth?

Dave: The Bible records an amazing event in Human history – it’s called the Tower of Babel!

Jeff: All the people of the world were gathered together to build a giant tower, but God threw it down and confused their language.

Dave: That’s amazing! But is there any archaeological evidence?

Jeff: We have historical records that the King of Ur, who was King about 2000 BC, received orders to build a HUGE tower – and guess what happened.

Jeff: Yeah – archaeologists found a tablet that says the tower project by the King of Ur, who wasn’t a Christian or a Jew, offended the gods so they threw it down and the speech of the people became strange.

Dave: The similarity between that and the Bible story are kind of eerie!

Jeff: Yes, and close enough that we should give a second look at the historicity of the Tower of Babel.

← Is there Evidence of Heaven?
Investigating History:
The Conversion of James →