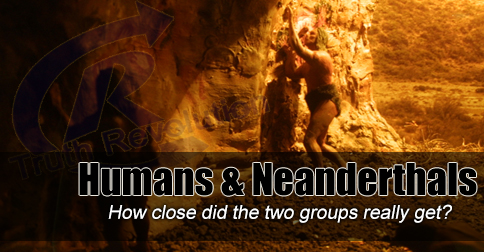 Did humans interbreed with Neanderthals? Chances are slim, at best.

Dave: Did Neanderthals interbreed with humans? We used to think so…

Jeff: Back in 2012 we said there was a “very slight, maybe a 4% similarity in our DNA.” One possible explanation was that humanity bred with Neanderthals – we even pointed out that Adam and Eve may have seen and known some Neanderthals.

Dave: However, new scientific studies say that may not be the case. There are still anthropologists who would argue the case, but it looks like the population levels were simply too low.

Jeff: The genetic variability among Neanderthals was quite low, compared to modern-day humans. Comparing protein-coding genes and mitochondrial DNA scientists found that interbreeding and diminutive social groups were the norm.

Jeff: Probably groups of around 3,500 individuals.

Dave: Considering that modern-day humans were also in smaller groups then, and that both “us” and “them” were nomadic, the likelihood that homo-sapiens bred with Neanderthals is pretty low.

Jeff: W may not even have come into contact with each other at all.

← Evolution and Morality
An Infinite Universe? →