What is Apologetics?
A Brief Catechism by Jeff Piepho

“I’ve… I’ve never thought of it like that!” the advertising executive said to me, with a slightly shocked smile on her face. While setting up some television ads for our Church I engaged her in a simple discussion about Truth. She presented the generic post-modern definition (without knowing it) and I had replied with a short, but convincing, treatise on why there is only one Truth. As her mind turned and pondered what we conversed about you could see a change working its way through her thought processes.

There was no angry arguing. In fact, our friendship was still intact and there was a very real possibility that she would consider the nature of Truth deeper. She may come to know who Jesus is, and trust him with her entire life. It was apologetics in action.

I begin with a story like this, rather than a “completed” story where someone has accepted Christ, because these discussions are the thrust of Christian apologetics. Apologetics is not the same as praying with someone as they accept Christ. Their confession of Christ is the ultimate goal, but we should not give the impression that we can “argue someone into the Kingdom.” We simply present good logic and reasoning to help them on their way.

As one professor has put it, “Apologetics is not salvation, and it is not the road to salvation, it merely fills in potholes on the road to the door of salvation.” The door is Jesus Christ, and the road is the path that the Holy Spirit is leading them down towards Jesus.   The road, for some, contains large intellectual potholes making the journey uncomfortable, and undesirable. For some, the potholes can be a reason to turn around. It is our job to fill those potholes in; to give an intellectual defense of Christianity and smooth their journey, because we desire no obstacle to be in anyone’s path to Christ!

Christian Apologetics is simply a defense of the Christian faith. The name itself, “apologetics,” comes from the Greek word apologia which means “to give a defense.” Defense often implies some kind of military strategy or quarrel to our American minds. This is not the case here. When we say, “defense” we merely mean demonstrating the truth of a proposition, in this case the Christian faith, and being able to respond with a truthful, compelling answer to show the rationale for Christianity.

Generally, apologetics has a “defensive” posture, but because so many objections has been raised to nearly every aspect of the faith sometimes apologetics goes on the offensive offering, not just answers to questions, but our own arguments to demonstrate that the fundamental pieces of Christianity (God, the Bible, and Jesus) are based in reality.

Sometimes people will reject apologetics stating, “God doesn’t need our help to be defended!” How true, indeed! But, human beings need our help.

The main goal of Christian apologetics is to provide rational explanation and evidence to non-believers.

For this reason, mere memorization of facts is not a sufficient exercise. We must be able to dialogue gently and interact with another human being using the facts. We must involve prayer and compassion for our friends whom we speak with.

1 Peter 3:15 says, “Always be prepared to give an answer to everyone who asks you to give the reason for the hope that you have. But do this with gentleness and respect.”

2 Timothy 4:2 tells us, “Preach the Word; be prepared in season and out of season; correct, rebuke and encourage — with great patience and careful instruction.”

These verses, although they can be applied to many things, definitely apply to apologetics and our witness to non-believers. Note the importance of preaching the word, giving answers and not letting objections go unanswered. At the same time, note how both verses encourage patient and gentle discussions.

Many people’s objections to the Christian faith are heart not head related. Wounds from a Church, Christian, Minister or even God himself are very real for many individuals. Whether the harm was real or not (and I’ll go out on a limb and say that many are real), we must remember that the pain these people feel is a strong reason for them to avoid Christianity. By arguing violently with them, we only make their hearts harder.

Some people enjoy their sin, or prefer to live in the darkness. “Men loved darkness instead of light because their deeds were evil” (John 3:19-20). This is a heart problem, as well. I met with one young man who had serious intellectual problems with Christianity. The existence of God, Jesus’ resurrection, and the Bible were all in question. As I spoke with him over the course of a year I met each of his objections. One day at lunch I asked him plainly, “I’ve shown you lots of evidence – are you ready to believe yet?” His response surprised me: “You’ve proven it. I can’t deny that Jesus was who he said he was. It’s true. But… I don’t want to stop cussing. I don’t want to stop lots of things. I like living this way.”

Many people who have these “heart problems” find intellectual reasons why Christianity is wrong, to confirm what they want to believe: Christianity has missed the mark! We must be prepared to remove the head objections, so we can work on the heart objections.

Often, we answer head and heart objections at the same time. As we provide intellectual answers, their rational problems disappear. As we do this in a gentle, loving and kind manner their heart problems are overcome with the love of Jesus.

The secondary goal is to provide a sure foundation to believers.

A popular notion today is to suggest that faith must be “blind” or irrational to truly be faith. But, this is not the Biblical definition at all. Giving one definition of faith, Hebrews 11:1 says, “Faith is being sure of what we hope for and certain of what we do not see.” Therefore, having deeper hope and more certainty in what we believe actually increases our faith.

How do you gain certainty? How is hope deepened? In line for a roller coaster, nervous participants may not be certain or hopeful for a safe outcome. But as they witness the evidence (other riders, safety restraints, workers paying attention, history of the ride, etc) their hope for safety is deepened. Their certainty in the ride’s safeguards are made more concrete.

Faith is not blind, in the sense that we cannot know whether or not our belief is valid. It is only blind in that we have not seen the fullness of our belief come to fruition yet. The Apostle Peter, who worked beside Jesus still had faith, even though he had seen Jesus. His faith was in what was yet to come just as the roller coaster riders were yet to ride. Peter saw ample evidence that Jesus was who he said he was.

A third reason for Apologetics is to counteract the image Christianity has as uneducated and close-minded.

Now days the atheist scientist appears, in our culture, as the beacon of truth. It is important to demonstrate that we seek the Truth, and do not merely attempt to give quick answers to profound questions.

A fourth reason we need apologetics is because of the many false teachings in existence.

Many Christians claim to know Jesus is real because “they know it in their heart!” This sounds like a great Christian testimony, but outside of Church it doesn’t often hold weight. The Jehovah’s Witnesses and Hindus in India claim a “burning in their heart” when they find “god.” Their experiences prove their God is real, they say.

Although Christianity is something felt with our emotions and lived out in a practical way with our hands and feet, the Bible tells us in 1 Corinthians 15 that if Jesus did not rise from the dead our faith is futile! For that reason we must know whether or not it is true: is Christianity factual and based in reality? Or is it yet another religion based on mere feelings, tradition and stories.

With so many false religions claiming experiences and “knowing in their heart” that they have met God, we must show that only the Holy Spirit, from faith in Jesus, produces the experiences that come from God. 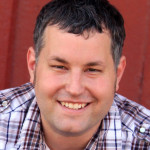 Jeff Piepho is the founding Pastor of Revolution Church, host of the Apologetics radio show Truth Revolution, President of the Kansas Foster and Adoptive Parent Association, and teacher of Philosophy and Apologetics at various locations. Follow him on Twitter, or don’t, he won’t mind.

← Spirit vs. Flesh
Evolution and Morality →