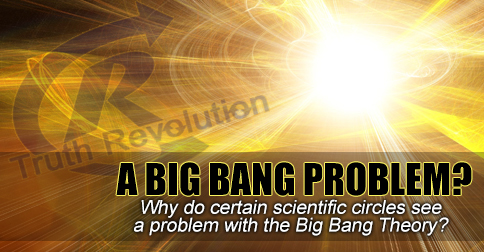 The Big Bang causes problems in some scientific circles. But why is that?

Dave: Some Christians don’t like the idea of the “Big Bang.”

Jeff: But, science has effectively proven that it happened.

Dave: What’s interesting is that some secular scientists see the big bang as a problem!

Jeff: Robert Jastrow, an astrophysicist who was the director of NASA’s Goddard Institute for Space Studies, has said:

Dave: “Now we see how the astronomical evidence supports the biblical view of the origin of the world …. The essential elements in the astronomical and biblical accounts of Genesis are the same. Consider the enormousness of the problem…”

Jeff: He calls it a problem! Why? He explains…

Dave: “Science has proved that the universe exploded into being at a certain moment. It asks what cause produced this effect? Who or what put the matter and energy into the Universe? And science cannot answer these questions…”

Jeff: Ultimately, the fact that the Universe had a beginning, forces theological questions. How could our Universe have begun without a God?

Dave: It couldn’t have. And that’s why agnostics have described the big bang as problematic.

Jeff: The Big Bang is scientifically proven – and implies that God exists.