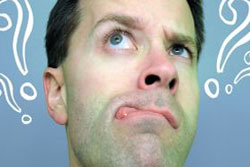 Seven Hills and Seven Kings? What does it mean?

[audio:http://www.truthrevolution.tv/show/TS-0231.mp3]
No Flash Support? Use this Audio Player!

Dave: The end times! Revelation 17:9-10 says, “This calls for a mind with wisdom. The seven heads are seven hills on which the woman sits. They are also seven kings. Five have fallen, one is, the other has not yet come; but when he does come, he must remain for only a little while.”

Jeff: What are these seven hills and seven kings?

Jeff: Whoa – Notice that Nero was the sixth Caesar and that he was alive and possibly Caesar even when Revelation was written.

Dave: And Revelation 17 said the sixth King was alive at that time!

Jeff: Plus, Galba, the seventh Caesar, only reigned for seven months.

Dave: And Rev 17 says the seventh one will be for “only a little while.”

Jeff: Also of note is that Revelation 17 refers to the seven hills that represent seven Kings. Rome has seven famous hills (*Even Wikipedia notes them, calling their article The Seven Hills of Rome.)

One Response to Revelation: 7 Hills & 7 Kings