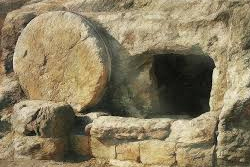 Jesus let his good friend die. Was this a work of evil? Or was there something bigger at stake?

[audio:http://www.truthrevolution.tv/show/TS-0182.mp3]
No Flash Support? Use this Audio Player!

Dave: Why does God allow bad things to happen? Here’s one reason…

Jeff: In fact, when Jesus heard Lazarus was sick – he purposely didn’t go help until Lazarus was dead.

Dave: The point was so that Jesus could raise Lazarus from the dead and demonstrate his own power.

Jeff: That way, he could very clearly teach that he is the LORD of LIFE AND DEATH.

Dave: Make no mistake – the point of allowing this tragedy was to teach people about Jesus, so they’d believe in him.

Jeff: God was more concerned that they KNEW WHO JESUS WAS, than whether or not Lazarus died.

Dave: It seems awful to allow such a tragedy just to make a point. But the intention of God was of eternal value.

Jeff: We will spend eternity in Heaven or Hell. God knows there is no pain too great if it will help set us in the right direction for eternity.

Dave: 100 years of misery would be a small price to “pay” for 100 trillion years of bliss.